The 2015 Turkish Airlines Euroleague Final Four was held in Spain, at the Barclaycard Center of Madrid, on May 15 to 17 2015. During the three-day event, the four best European basketball teams of this year's tournament, battled fiercely to win the title. This year, the organizer deployed an impressive production workflow, to offer a unique experience to viewers on site, as well as followers, fans and viewers in front of their screens. 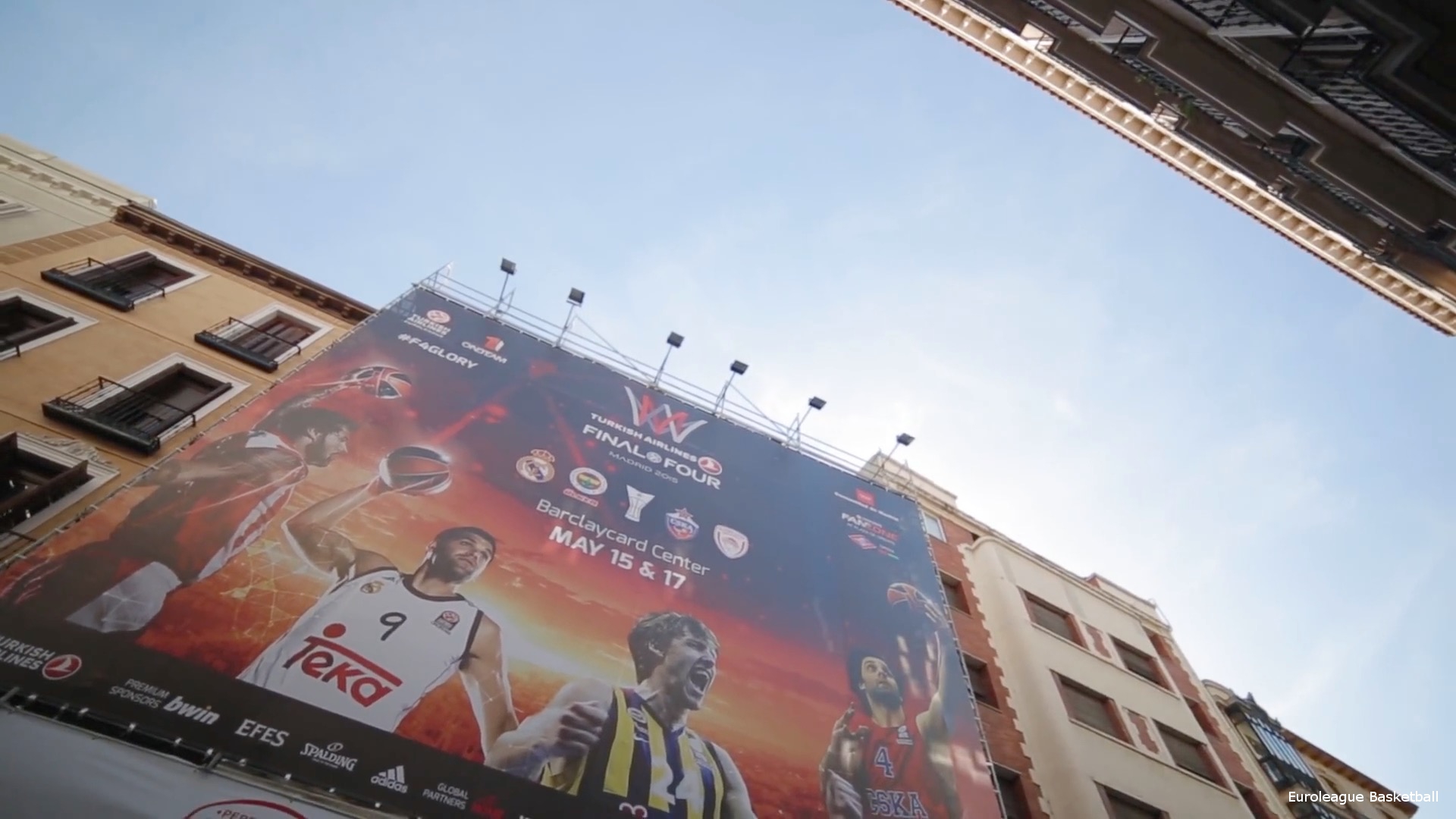 Multiwebdia, a production company and digital content creation agency based in Spain chose NewTek TriCaster Mini, the ultra compact production system, to be the centerpiece of the production system during the 2015 Final Four. 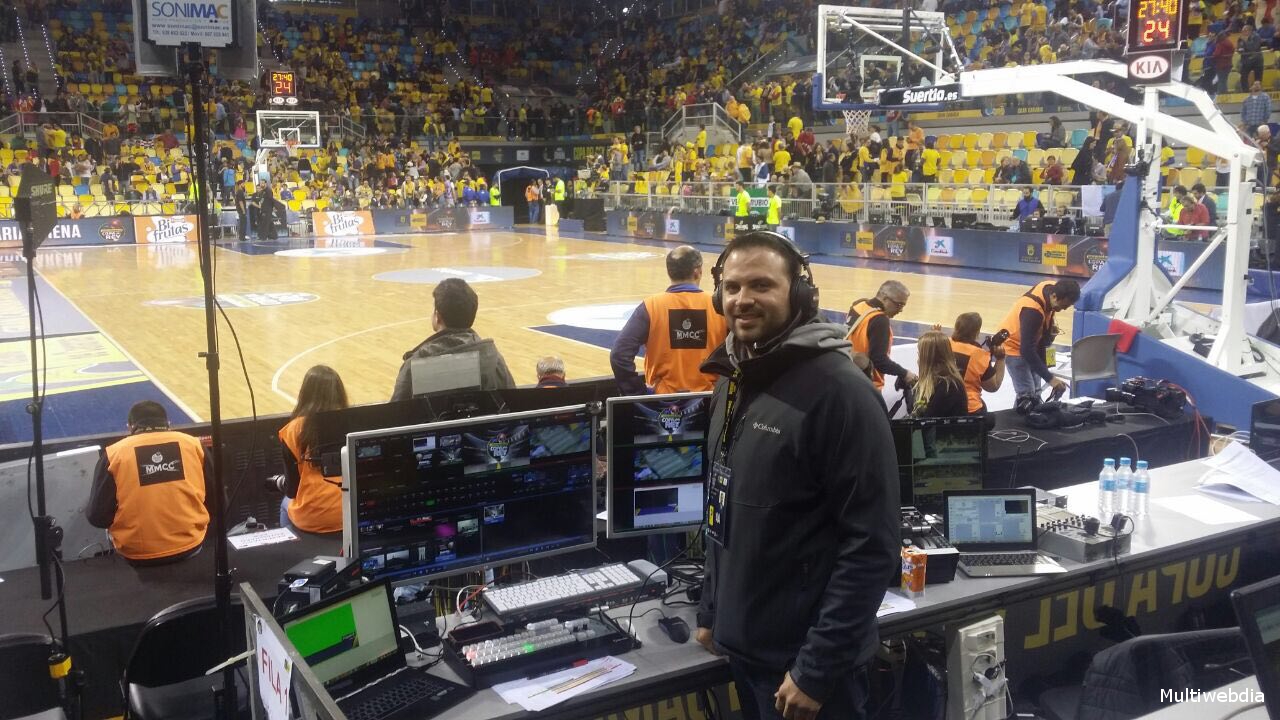 The Insider is a project conceived in order to provide video content and an insider's look, and to make it accessible to basketball fans wherever they are watching the games.

To provide even more behind the scene insights and exclusives, three legendary players were involved in the adventure: Joe Arlaukas, Theo Papaloukas and Sasha Djordjevic. And, last but not least, a camera was placed right inside the middle of the action: two referees wore a jersey cam in all games, bringing the fan directly on court. 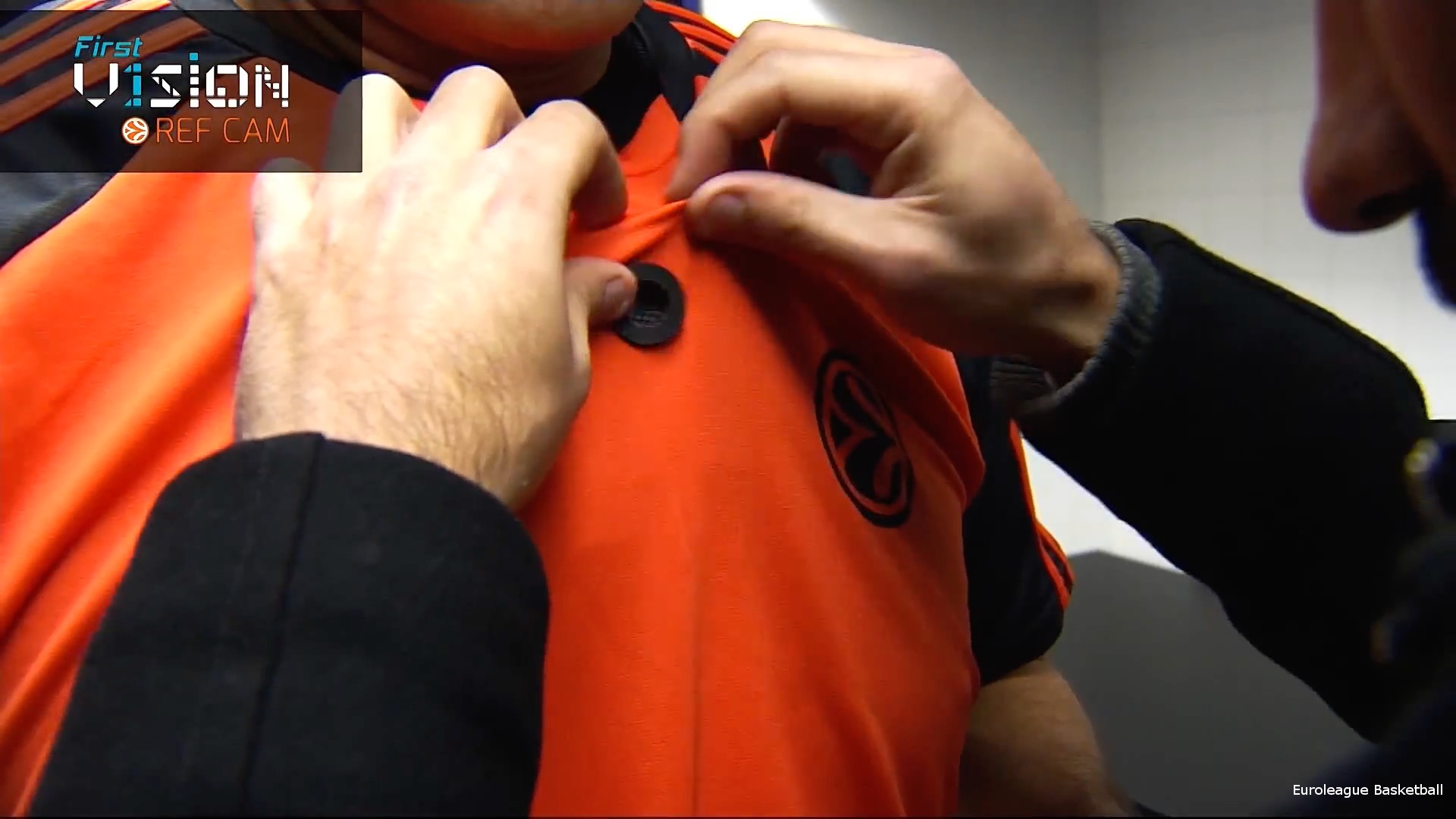 "Feeding several platforms The Insider provides exclusive video content, such as interviews with the players, behind-the-scene content, after match events…in order to engage viewers with unseen and exclusive content.

The technical setup for this amazing viewer experience included 5 GoPro cameras placed all around the field, in order to have different views of the game. The referees also had a button camera on his shirt to get a closer look at the game. The signals were sent to TriCaster Mini, the centerpiece of the production and broadcasting of The Insider content. 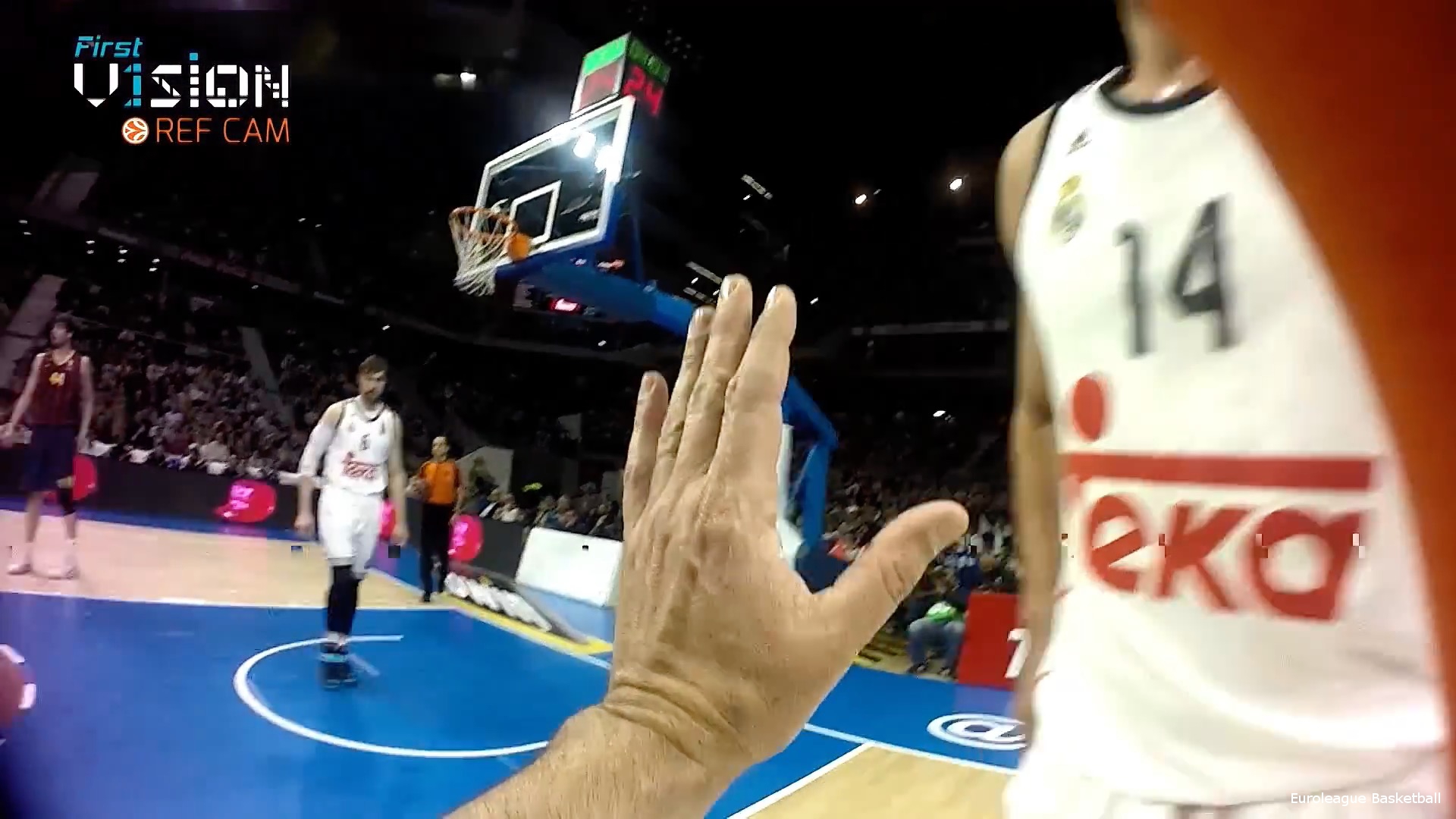 The biggest challenge for this production was cabling. The difficulty was to carry the signal of multiple cameras on distances over 500 meters. They worked with fiber optics and a set of converters in order to optimize the video signals feeding the TriCasters. "The two TriCaster Mini were the central hub of the whole project" says Bernat Martinez, owner and creative director at Multiwebdia, "TriCaster is not only a video mixer, it is a complete production system that allows any producer to have last minute ideas, to be able to implement them within minutes, with high quality video content". 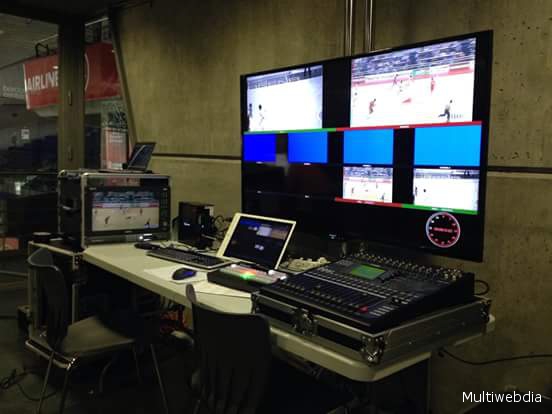 With that many incoming camera feeds, they used two TriCaster Mini systems. TriCaster Mini, the most compact live production system from NewTek, sports 4 simultaneous live video sources over HDMI. The cameras were connecting to the TriCaster video inputs through a BlackMagic Matrix 12 x 12 SDI and converters from SDI to HDMI. TriCaster Mini also has 2 network inputs to connect external computers over IP, or any partner product supporting NewTek AirSendTM protocol. The IP connections were used to create and display the graphics, the titles and lower third, as well as the partners advertising. "We chose to use TriCaster for its versatility" Says Bernat Martinez, "its ease of use and most of all the insurance it gives us to flawlessly work with other systems".

Part of the video content included one-on-one interviews with players and coaches.

They used a JVC GY-HM200 SDI camera and microphones by Shure. The incoming sound was mixed with a Yamaha 01V96i Digital Mixer connected to the TriCaster, via the USB port. In order to automatically control the sound on the Yamaha mixer and synchronize it with the TriCaster, they used LiveMixer, the TriCaster audio mixer remote control, from the LiveXpert line of products. With LiveMixer installed on TriCaster, they could easily configure and link independently each audio channel of the TriCaster to a fader on the Yamaha mixer. LiveMixer eases audio control by having a dedicated station for sound control. 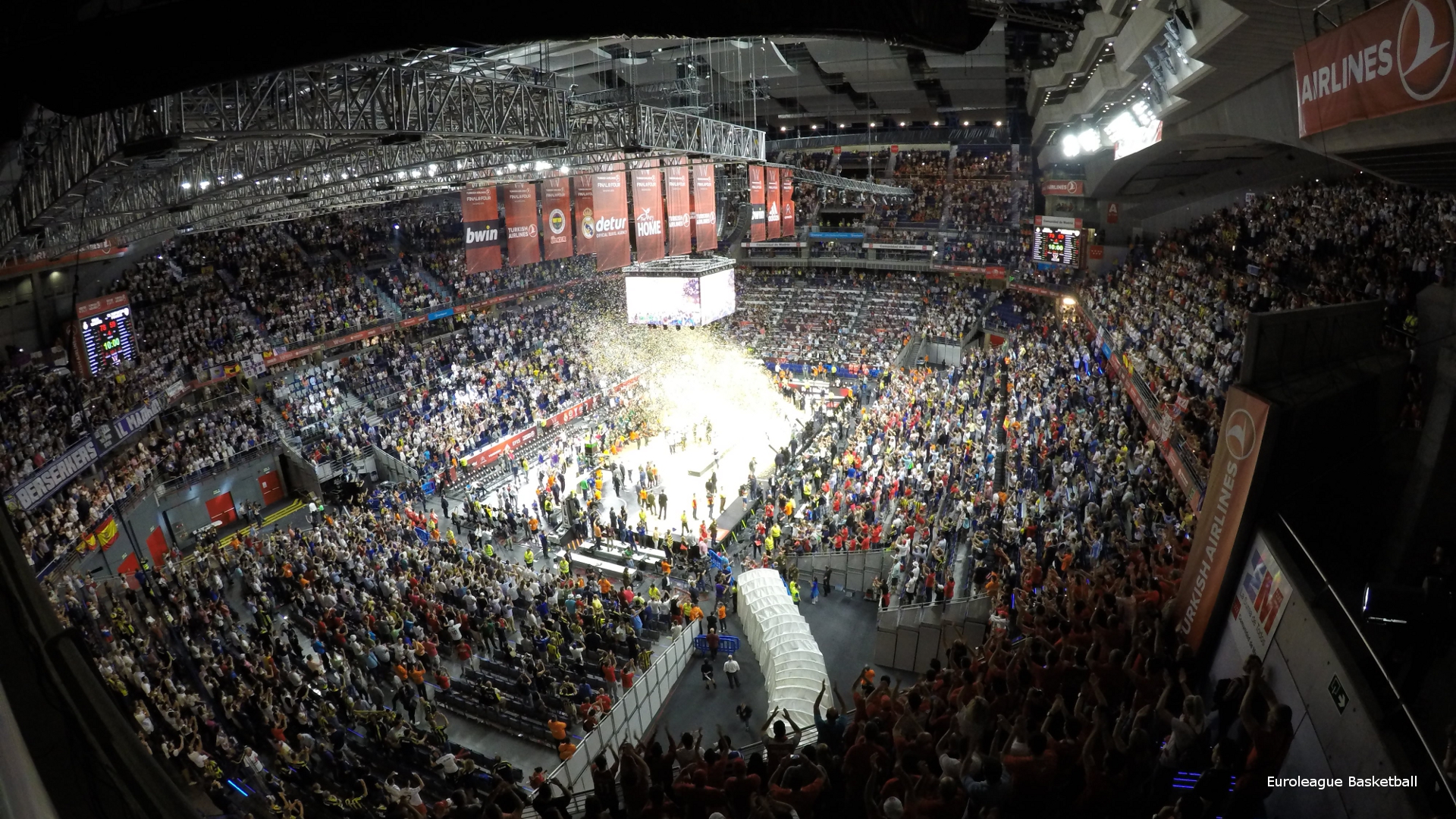 For this event 4 live streaming channels in full HD were set and simultaneously active. Using the two HDMI outputs of each TriCaster, the content was directly streamed live to a YouTube channel, using the integrated streaming engine of the TriCaster. The content produced was also sent to feed the in-house channel of the Barclaycards Center of Madrid aiming to internal broadcasting, using converters from HDMI to SDI to overcome the distance issue. The tool offered a 360º in arena experience no matter on which screen fans were watching the game.

TriCaster Mini has all the functions inherent to all TriCaster models of the ProLine. The small footprint of the system is a big advantage, as it makes it easy to carry, easy to move if needed, and as easy to set up, but still powerful."NewTek products contribute a lot to the sports production industry", concludes Bernat, "especially in Europe, they create solutions to answer today's reality for video and events producers."

Graduated from the Center of Image and Multimedia Technology at the University Polytechnical of Catalogna, Bernat Martinez, creative director and owner of Multiwebdia has been working in the sports production industry for 15 years, and mainly with NewTek TriCaster for the past 4 years. 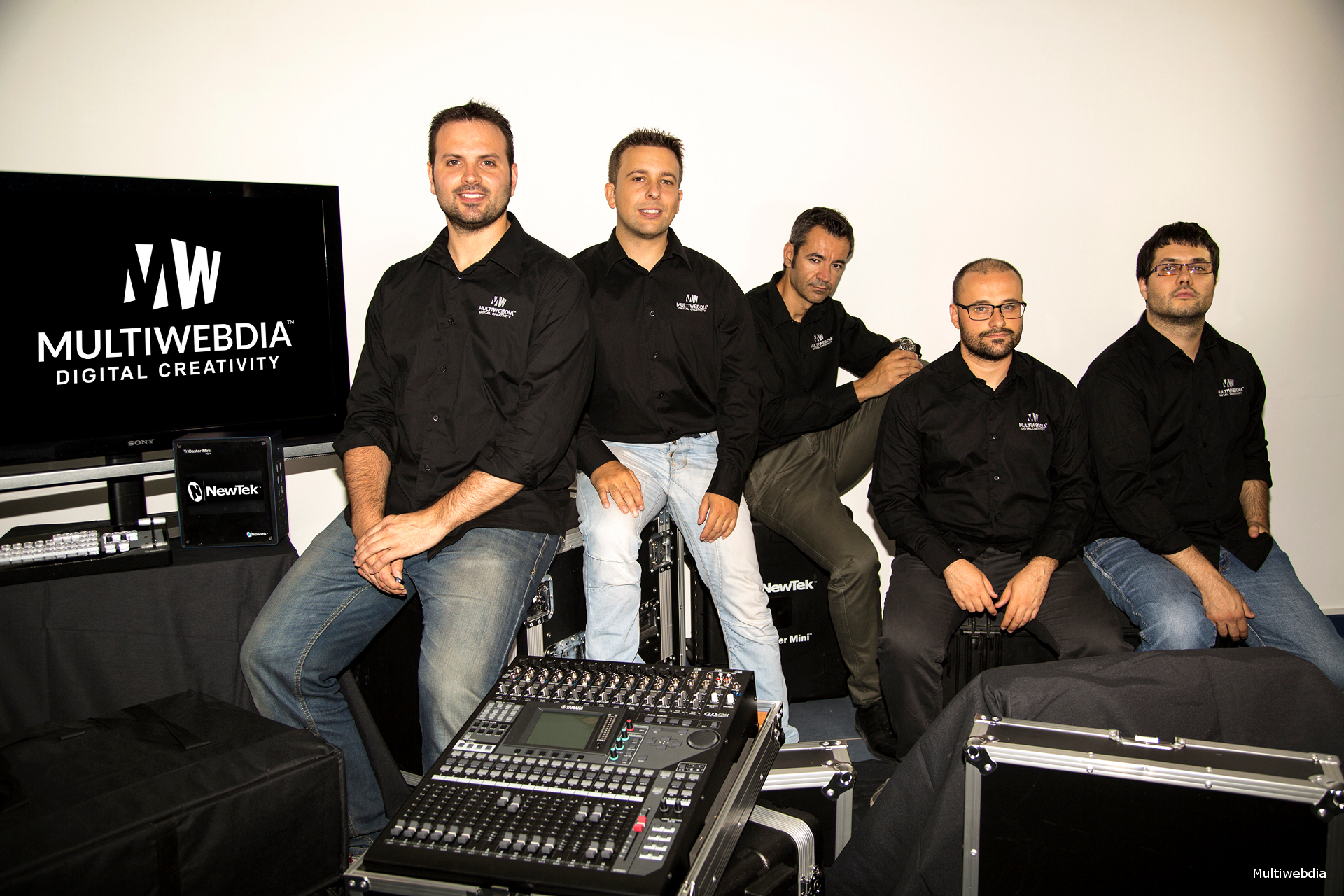 Multimedia is a creative agency dedicated to developing creative multimedia projects. He has over 15 years of experience in the creative sector, providing digital graphics, audio visual production and creative for professionals and companies in all sectors. It also has a long history in organizing international sports events in the graphic and audiovisual sector.